My daughter was studying in her masters in University of Florida and she told me on phone that she and her friends need a counter top ice maker for her hostel. Her requirements was that the ice make should be able to serve a large number of students for longer periods.

As she was aware that I was writing reviews on kitchen related electronic gadgets, so she asked me to find a heavy duty ice maker that can be placed on counter top and that can produce ice cubes at fast rate to fulfill needs of all the students at the university hostel. Another requirement is that the ice maker should be able to hold a lot of ice cubes at a time so students can pick them during their lunch or tea break without waiting.

After lot of comparisons and reading reviews at Amazon I shortlisted Frigidaire ice maker model no EFIC103-AMZ-SC.

We ordered Frigidaire ice maker on 15th January 2021 and got it delivered at our home in Florida right after 3 days. We were lucky enough to get a Christmas discount at got it in just 150 dollars.

The ice-maker was very nicely wrapped and packing was enough to make it safe from any damages that may occur during delivery.

My husband was keen to calculate the power consumption of ice maker. So he instantly tested it and found it satisfactory. Average electricity price in United States is 14.20 cents per kilo watt. And this units consumes almost 0.65 kilo watt per day. And in whole month it will consume almost 20 kilo watts which is almost 3 dollars a month.

Straight off the bat, the Frigidaire Ice maker stood out from the rest of the crowd based simply on it’s incredibly cheap price tag. Almost a quarter of the price of most of the other ice makers in the market,  this was a wonderfully pleasant find for us for the college dorm if our daughter. It is simple to use, convenient to store and fairly reliable piece of machinery that gets the best job done in the least amount of time possible.

On the product description it boasts a whooping 6 minute time to produce about a kilogram or 2 pounds of ice. From our testing, it’s not quite as amazing as that makes it sound. Usually the time comes up to around 10 minutes if you want to get ice cubes with a good shape and structure. One detail that was a bit annoying was the fact that it didn’t store the ice very well. It stopped running after it was finished with the ice making process which lead to the ice melting and the machine starting up again. So this is definitely an ice machine meant to be fired up and used soon after which really sways me to say that this might be the best out of this list of top 5 ice makers but it seems a bit too early to decide yet.

One more thing my daughter told me that in her university, a batch batch of 10 to 15 students arrives in the cafeteria after every half an hour. And the ice maker produces 9 fresh ice cubes after every 7 to 8 minutes. so for every batch of students there are always abundant amount of ice cubes available.

Another feature which was liked by all the students, was that ice cubes can be of different sizes. Some students don’t like much colder beverages. In such case small size ice cubes are perfect option.

Once there was a concert at the University and the attendance was much more and people needed a lot of ice cubes to put in water. In such harsh climate the ice maker proved to be a very good ice maker.

Many ice makers produce a lot of noise while making ice cubers. However such an ice maker is certainly not suitable for university cafeteria or indoor use. Frigidaire ice maker is super quiet and even when it is making ice cubes it produces a very low noise which is quite bearable.

Almost a year has passed we have purchased this ice maker and still now it has not given any major issue. Just once there is an electrical socket issue but other than that there is no issue at all. So according to me its quite a durable ice maker in such a small price range under 150 dollars.

It was once when the ice maker malfunctioned and the customer service was also up to the mark. They listened to our issues and just in two days a person from their team visited and resolved the issue. Actually water was moving but ice cubes were not forming quickly but its working perfect now.

Even after one year of rough use at the university the paint of the ice maker has not fainted. Just you move a damp cloth over it and its just like brand new. So it is another plus point of it.

Frigidaire weights very less just 19.8 lbs which is very less as compared to its competitors Whytner ice maker that weighs 47.6 lbs and EUHomy ice maker that is 100 lbs weight.So that is a very plus point as you can carry it easily while you are traveling to other tourist destinations or even camping.

Overall I would say that the Frigidaire ice maker is definitely the most bang for the buck you can hope for in a product specialized for luxury and convenience like an ice maker. One of the main caveats we found was the terrible customer service that they offer. It is more worth your time to simply go and buy another ice maker or take it to an external repair center if this particular ice maker seems to malfunction. It started showing issues after extended use but they were easily fixable for the most part for anyone with some technical experience.

However there are only few occurrences that Frigidaire malfunctions, so we decided to give it a try as there is no other brand that gives so much functions in that price range.

Hi Readers, my name is Mary Adam, and I am a citizen of Arizona, United States. I am a house wife and I also love to cook meals for my kids. I have 3 kids and they mostly love to eat cakes and bakery stuff. Before my marriage, I participated in a cooking competition at my high school and won a prize as well and that’s when I started cooking as a hobby. I started this blog to share with you some tips I have learned the hard way. I would also try to suggest the best kitchen products I have used over a period of time. Your comments or questions are of course welcome. Thanks! 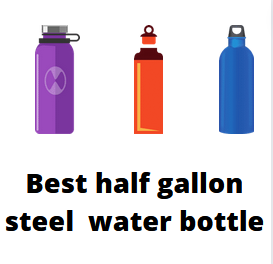 A lot of people don't understand the importance of staying hydrated. Hydration is important... 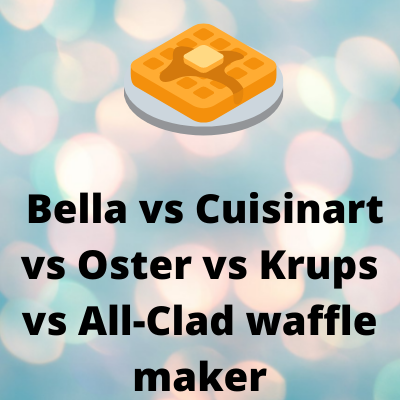 Cuisinart vs Oster vs Krups vs All-Clad waffle maker

When the topic of waffles arises, two very different images can arise in the... 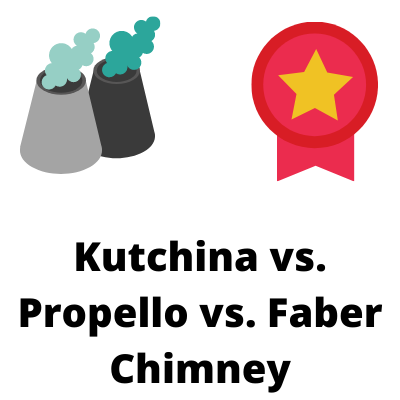 Kutchina vs. Propello vs. Faber Chimney – Which One You Should Choose?

Do you feel suffocated in your kitchen because of the smell of cooking? If... 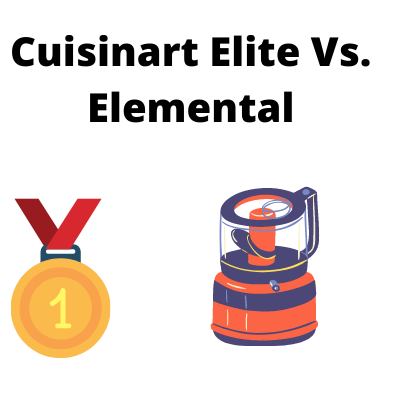 Cuisinart Elite Vs. Elemental: Which food processor Should You Choose?

Do you want to know which food processor is better? Cuisinart or Elemental? We... 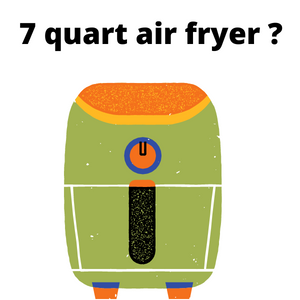 10 Reasons Why You Should Buy a 7-Quarter Air Fryer

I always suggest my friends and social media friends, to buy a 7 quart... 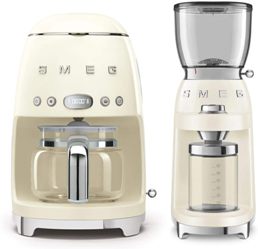 SMEG coffee machines: pricing, types and where to buy

Basically SMEG is a worldwide brand of home appliances but few people know that...

Attention: Do you love cooking but hate the risk of cutting yourself with a... 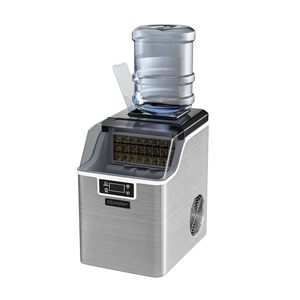 Literally Everything You Need To Know About Ice Bar Makers.

A business is always like a ladder on which every step is important. Jumping...

A lot of people don't understand the importance of staying hydrated. Hydration is important... 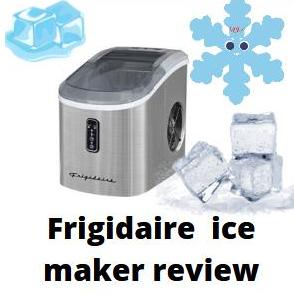 My daughter was studying in her masters in University of Florida and she told...

Cuisinart vs Oster vs Krups vs All-Clad waffle maker

When the topic of waffles arises, two very different images can arise in the...

Kutchina vs. Propello vs. Faber Chimney – Which One You Should Choose?

Do you feel suffocated in your kitchen because of the smell of cooking? If... 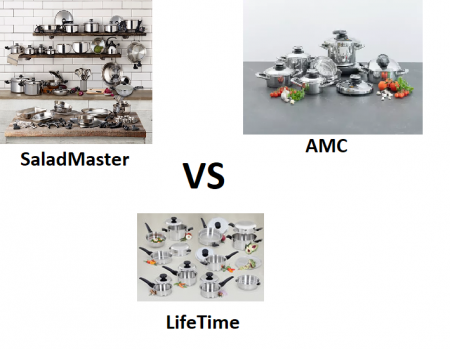 SaladMaster vs Lifetime vs AMC cookware sets: Which One To Choose

Are you looking to add a new cookware set to your kitchen and confused...

Cuisinart Elite Vs. Elemental: Which food processor Should You Choose?

Do you want to know which food processor is better? Cuisinart or Elemental? We...

10 Reasons Why You Should Buy a 7-Quarter Air Fryer

I always suggest my friends and social media friends, to buy a 7 quart...

SMEG coffee machines: pricing, types and where to buy

Basically SMEG is a worldwide brand of home appliances but few people know that...